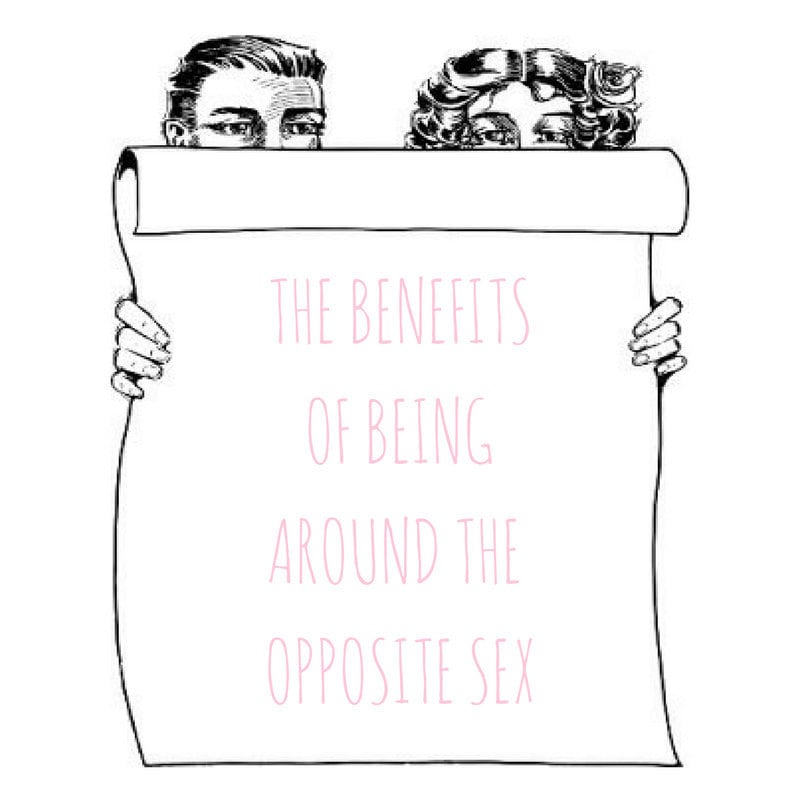 THE BENEFITS OF BEING AROUND THE OPPOSITE SEX.

Welcome to THE HOME.SEWN HOMEMAKER- an integrated makers and bakers platform where we will discuss the importance of a period.  I will let you decide which one.

As you probably already know, I've been working really hard with Michele over at Casually Formal – trying hard to pinpoint the positive benefits of hanging out with the opposite sex.  [Yeah, other than that one.]

Let me just start out by saying, HOLY SHIT-  thinking about things that women can learn from men is muy difficile.

Anyway- after thinking long and hard (+ reading up on the things that Michele suggests that men can learn from women), I have my list.

I want to start with an overview of Michele’s list though, a few things that he suggests men can learn from women.  He begins his post with a disclaimer, “I am in no way shape or form implying that men can not learn these things from other men, that women can not learn these things from other women or men, or even that these are the only things that men can learn from women.  These are just ten things that I [personally] think men could benefit from if they were to learn them from women.”   We’re all ears, Michele.

Bravo, Michele.  As a woman, I would have never guessed that THESE were the things that men are picking up on.

Alright – so how about us women?  Well, I did a little research and it seems that these are the things that women feel like they benefit most from being around men.

What do you think?  Are there things listed that you don’t agree with?  We've probably left out some HUGE ones on your list.  Let us know!  We’d love to hear them.  Drop us a line below.